Waiting for upgrading projects that do not deliver

Asivikelane #15 results show that upgrading projects are failing to deliver. Half of residents have been promised, but failed to receive, access to services.

Asivikelane has observed the following in various Metros across the country: 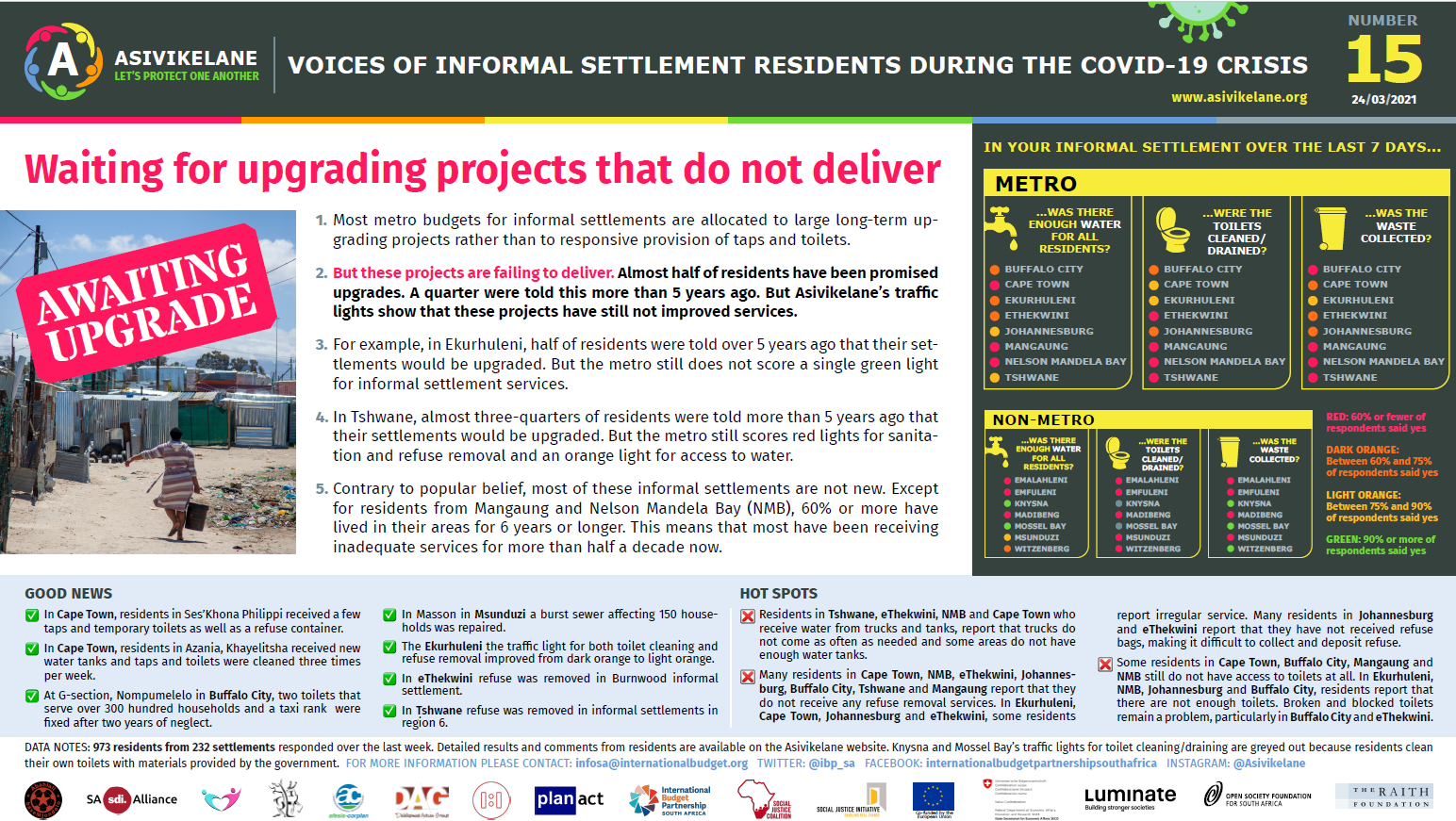 How government can show that it cares

Having restored peace and calm after last week’s events, government must work to restore the peoples’ trust in the following ways:  Provide...

END_OF_DOCUMENT_TOKEN_TO_BE_REPLACED

Maintenance doesn’t help if there are no taps and toilets to start with. As Asivikelane has been reporting, many informal settlements across the...

END_OF_DOCUMENT_TOKEN_TO_BE_REPLACED

How to get to green traffic lights in Ekurhuleni

Ekurhuleni has been the best performing metro since Asivikelane started a year ago. But even so, its traffic lights are not consistently green and...