As you know, national Covid-19 infections doubled (from 3,300 to 7,220) over the last two weeks. Communal water and sanitation facilities make it likely that this spike will impact informal settlements more heavily than other population groups.
In this context it is concerning that one out of every five informal residents do not have consistent access to water. Residents in Cape Town, Johannesburg and eThekwini in particular reported problems with water pressure, large numbers of people per tap and poor maintenance.

Despite important new initiatives in Johannesburg, Mossel Bay and elsewhere, only one out of every ten residents received soap or sanitizer from government.

Round four of Asivikelane also shows that refuse removal and toilet cleaning has not improved since we last assessed the situation two weeks ago. It costs less than R90 to clean a communal toilet, a small price to pay for reducing infection amongst the most vulnerable. 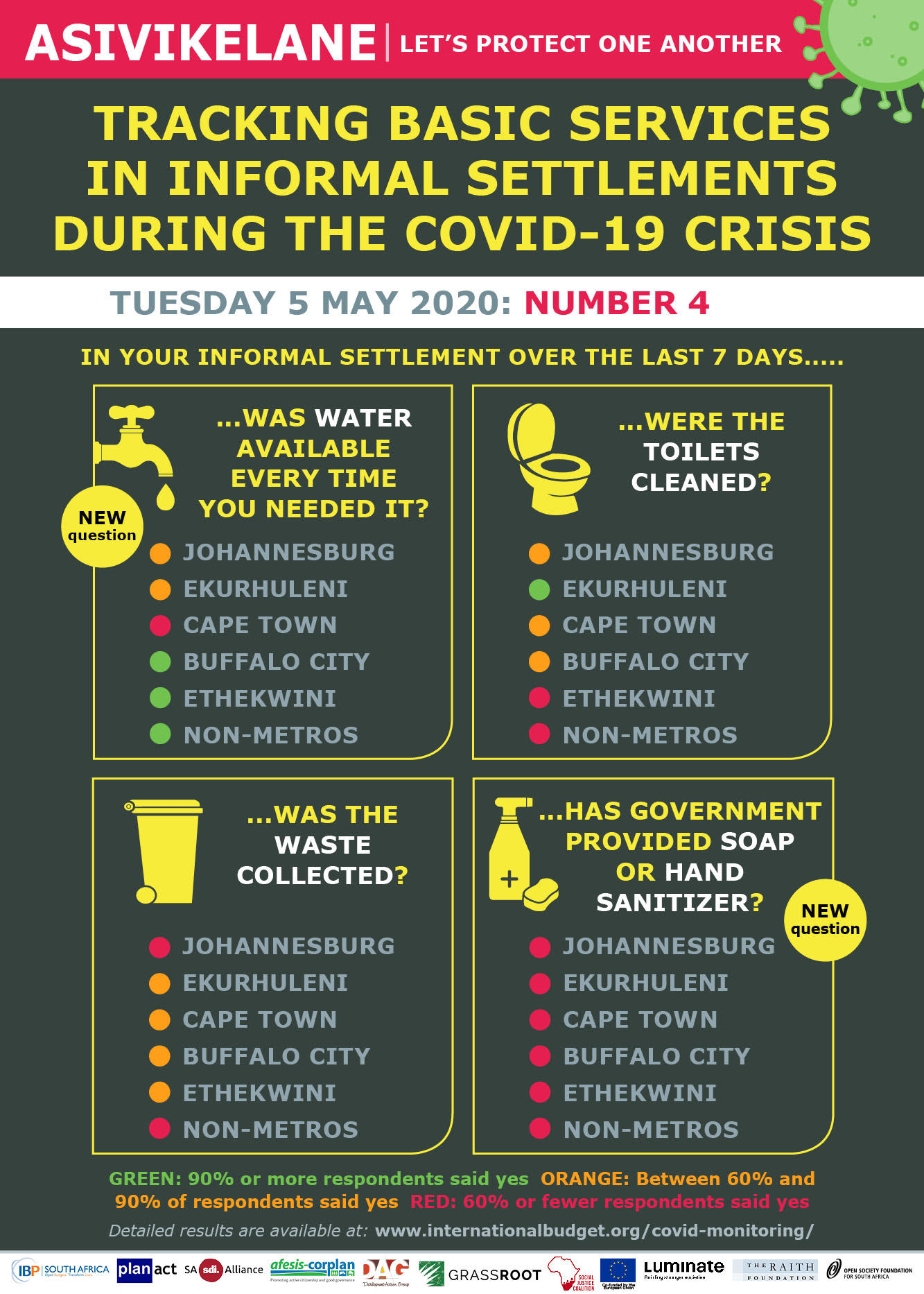 This week started with media reports that some informal settlements are now part of the list of Covid-19 hotspots. Like we have done in the last two...

END_OF_DOCUMENT_TOKEN_TO_BE_REPLACED

This week's results show wonderful progress in some metros, like eThekwini becoming the first metro to reach an orange light for...

END_OF_DOCUMENT_TOKEN_TO_BE_REPLACED

Asivikelane brief 1: Basic sanitation and Covid-19 in the city of Johannesburg 9

Over half a million of Johannesburg’s 5.8 million people live in 181 informal settlements. The number of Covid-19 cases in the City increased...