Asivikelane no.11 Results: The next Covid-19 wave will start in informal settlements.

Up to 45% of informal settlement residents contracted the coronavirus in the first wave. This is not surprising because they are sharing dirty taps and toilets. The sharp increase in the number of red traffic lights in Asivikelane 11 makes us worry that the second wave of infections will start and spread in informal settlements.

One page summary for non-metros is available here.

One page summary for Metros is available here. 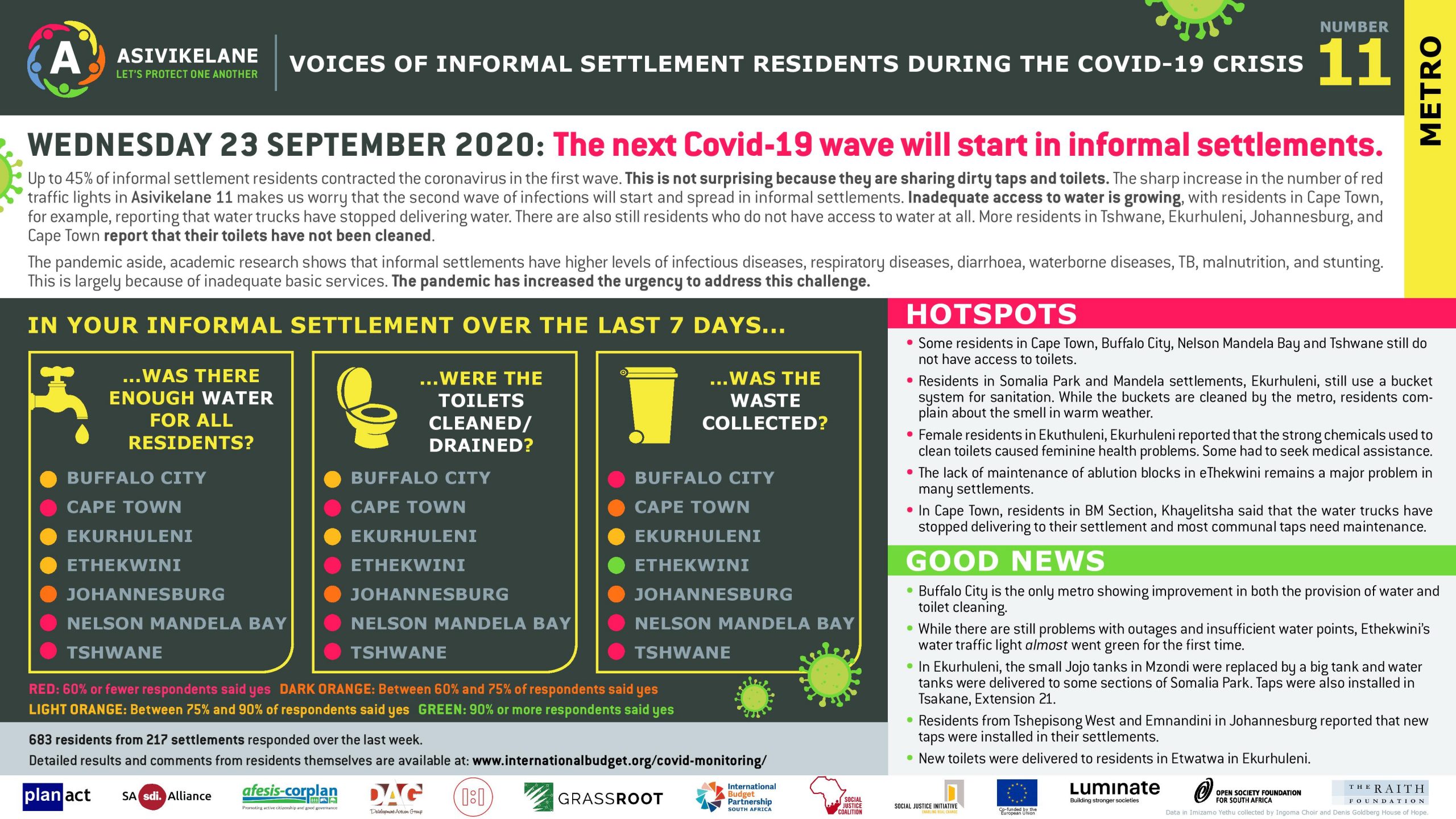 END_OF_DOCUMENT_TOKEN_TO_BE_REPLACED

While national government reduced conditional grants to some metros, they all benefited from the R11 billion increase in equitable share funding in...

END_OF_DOCUMENT_TOKEN_TO_BE_REPLACED

Asivikelane 10 results: Clean taps and toilets will curb the spread of Covid-19 infections

Asivikelane has reported many persistent service delivery problems in informal settlements – some of which have yet not been addressed. This month...