This week a new question about public lighting was added on the report with a focus on gender. Two thirds of Asivikelane participants are women and most of them say that there is not enough public lighting in their informal settlements.

while most metros now have green traffic lights for water, with Cape Town and Johannesburg being very close to green as well, residents in all metros, except in some parts of Buffalo City, this week report inadequate public lighting. The problem is worst in Johannesburg and Ekurhuleni with 90% of residents saying that public lighting is inadequate.

We hope that metros will use their share of the R 11 billion of additional equitable share funding announced by Finance Minister Mboweni, as well as reprioritised conditional grant funding, to address this problem. 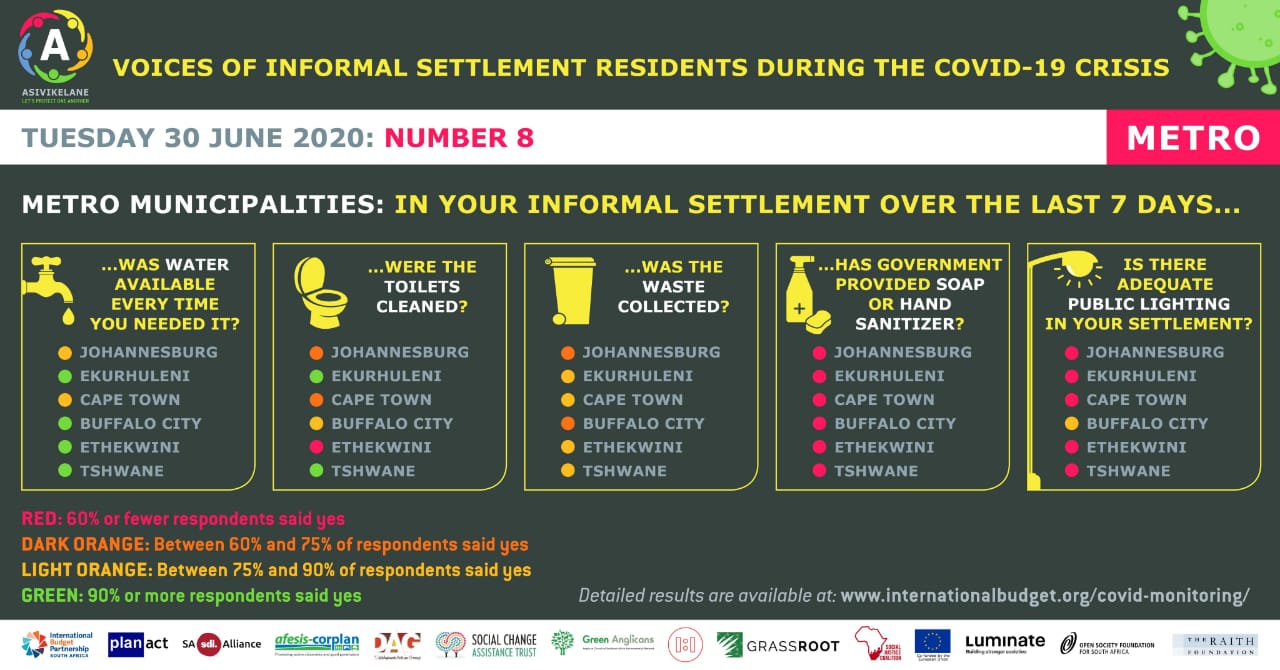 While national government reduced conditional grants to some metros, they all benefited from the R11 billion increase in equitable share funding in...

END_OF_DOCUMENT_TOKEN_TO_BE_REPLACED

Asivikelane no.11 Results: The next Covid-19 wave will start in informal settlements.

Up to 45% of informal settlement residents contracted the coronavirus in the first wave. This is not surprising because they are sharing dirty taps...

END_OF_DOCUMENT_TOKEN_TO_BE_REPLACED

Asivikelane 10 results: Clean taps and toilets will curb the spread of Covid-19 infections

Asivikelane has reported many persistent service delivery problems in informal settlements – some of which have yet not been addressed. This month...