This week, we note with excitement that the National Treasury has confirmed that metros can use the unspent R2.4billion for water, sanitation and refuse removal in informal settlements! Can we now expect more progress now that metro budgets were boosted from unspent Urban Settlements Development Grant (USGD) funding?

While the challenges are dire, we are extremely grateful for many metro colleagues engaging with us and working tirelessly during the crisis. Here are some recent advances: 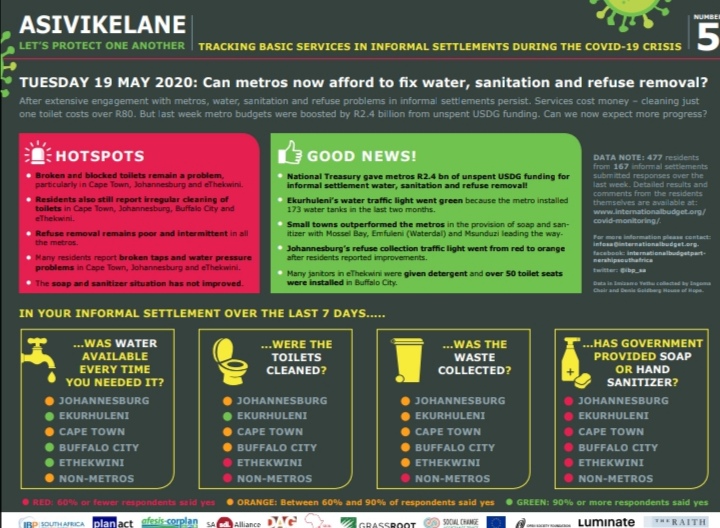