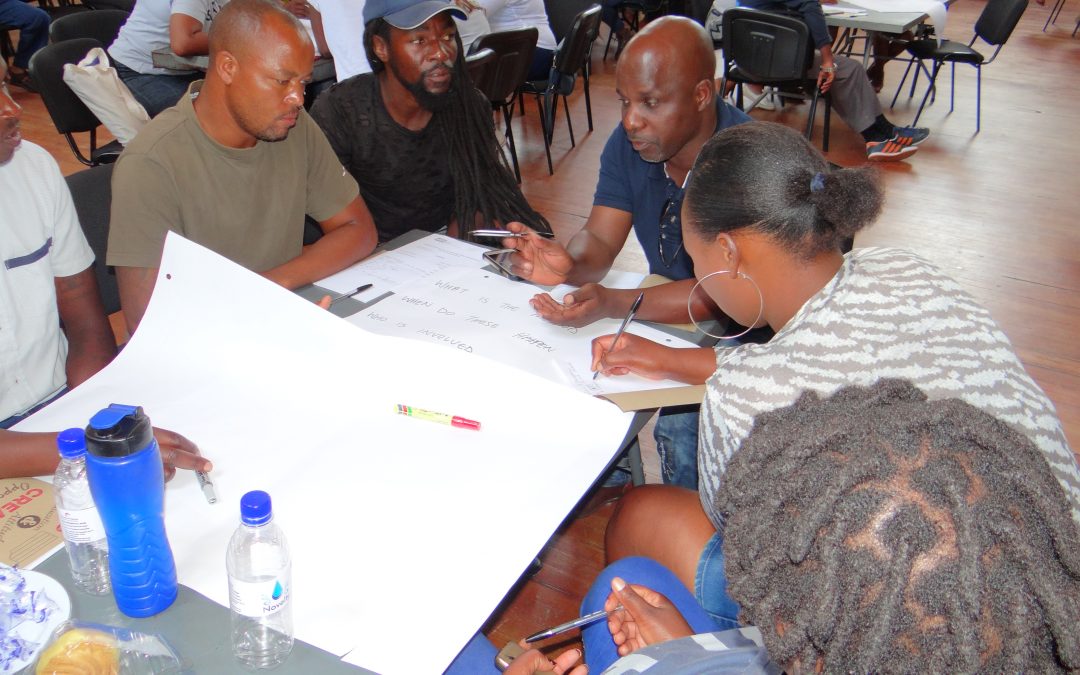 Advocating improved public participation in local government underpins one of Planact’s projects in partnership with informal settlement clusters in Ekurhuleni and Emalahleni municipalities. Planact’s success in building capacity of these informal settlement clusters on local government processes and legislation has enabled them to identify gaps in public participation practice, and to collectively advocate for improvement.

During the project, the clusters, with support from Planact, have been systematically observing practice concerning implementation of public participation process in Emalahleni Local Municipality and Ekurhuleni Metropolitan Municipality in Mpumalanga and Gauteng provinces, respectively. The cluster approach, presented a united and amplified voice, and succeeded in drawing the attention of local government authorities to seriously consider engaging on public participation related matters in the two municipalities.

The public participation monitoring exercise focused on selected mechanisms, processes and procedure. It primarily looked at the Integrated Development Planning (IDP) and Municipal Budget consultative processes. The choice was informed by the fact that the two were the most prominent forms of direct two-way engagement between authorities and communities, beyond ward councillors’ community meetings. A number of challenges surfaced as a result of the exercise.

To pick a few deficiencies, a closer examination on public participation practice revealed the problematic manner in which information is presented for communities to process in order to participate meaningfully in the IDP and Municipal Budget processes. Part of the challenge is that it is often too technical to comprehend for the targeted audience, especially the budget, and the language also often adds to the barriers. It was also noted that communities are only allowed to participate in Municipal Budget process immediately after the tabling of the budget in council, which happens just a month or two before adoption of the budget. This leaves little room for any significant engagement and possible amendments to the draft budget to incorporate views from the community. Another point is that there is no clear mechanism in place of assuring community members that their comments have received attention, whether negative of positive feedback. This renders community participation meaningless.