Get people involved in development 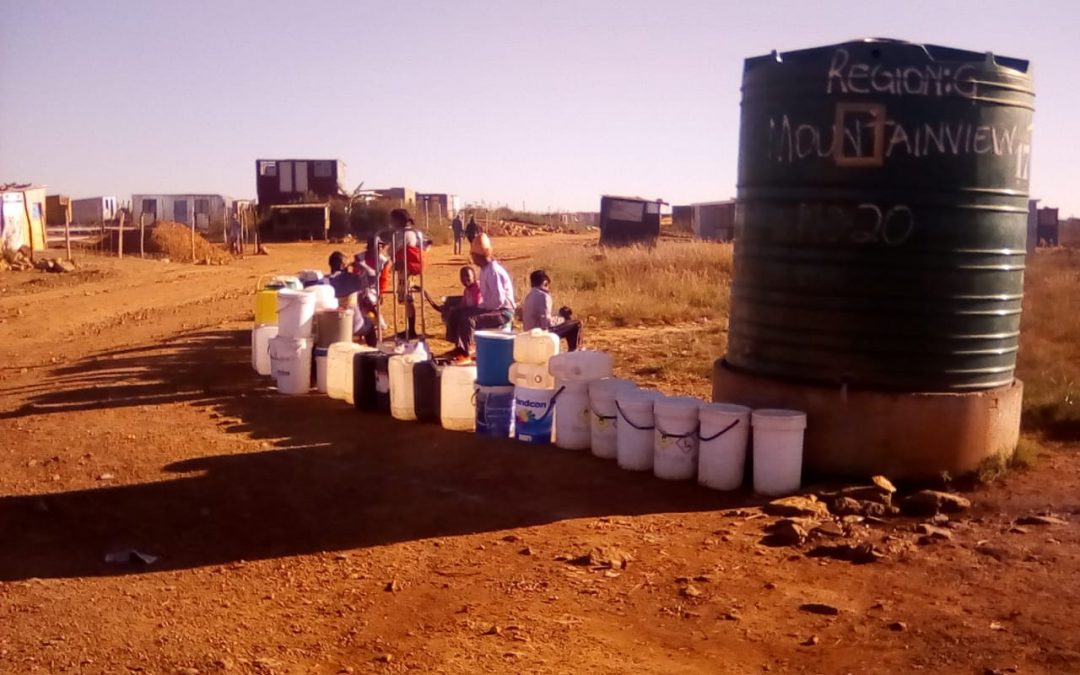 What is the developmental mandate of the newly elected municipal councils? In particular, what new interventions related to the Upgrading of Informal Settlements Programme will now be carried out to realise different results? The problem is that some politicians and municipalities tend to use programmes and projects to serve their own political agendas. They often display minimal, if any, commitment towards addressing the poor conditions and service delivery in vulnerable communities.

The State of Human Rights Report launched by the Gauteng office of the South African Human Rights Commission shows that, of the urban settlement development grant allocation of R12.045-billion only R5.1-billion (42.5%) had been spent by the third quarter of 2019-20. Part of the grant was meant to benefit informal settlements. In this article, we draw on the case of Thembelihle informal settlement in Johannesburg to demonstrate the use of programmes and projects as political instruments and to invoke the developmental mandate of local government.

Elsewhere, a  study examining the power of transparency, provides evidence of the role of   political leaders to encourage citizen engagement to hold local officials accountable. See,for example, the work of researcher Abhijit Banerjee and others. It is, therefore, imperative that the new councillors effectively represent the communities and demand accountability of municipal officials regarding the programme and service delivery.

However, in South Africa, as in many African countries, politicians often adopt development as political instruments and, thus, frustrate vulnerable communities. These communities live in squalid conditions, with poor water supply, inadequate sanitation, and poor waste management. Yet a 2015 UN report suggests that South Africa and many other African countries have endorsed the 2030 agenda for sustainable development. Similarly,  through the new urban agenda of 2016 (section 55) UN member states committed to eradicating poverty and facilitating healthy societies by promoting access to adequate, inclusive and quality public services, as well as a clean environment. The lack of implementation of the Upgrading Informal Settlements Programme undermines these instruments and South Africa’s commitment towards them.

The department of human settlements introduced the Upgrading Informal Settlements Programme through its breaking new ground policy in 2004. However, its implementation remains largely in limbo. Paradoxically, this programme was the first policy to recognise informal settlements and provide a directive and financial support towards upgrading projects to improve the quality of life of residents of informal settlements. The national housing code of 2009 indicates three pillars of the Upgrading Informal Settlements Programme: basic services, security of tenure, and community empowerment.

Despite its relevance, the programme has become something of a talkshop among government officials, civil society and researchers, with little commitment from the municipalities and institutions concerned. Media’s reports on the elections suggest that basic services underpin some   election campaigns. Certainly, experience has proved that projects are used as political instruments and that momentum is rarely sustained after the election period.

This is a critical time for municipalities and councillors to engage with service delivery and implement the Upgrading Informal Settlements Programme. This is also an opportune time for communities and NGOs to advocate implementation of the programme, because there is a new cohort of councillors, and — in some municipalities — change of governing parties.

As the new councillors assume their duties, Planact draws the attention of the municipalities and the new councillors to the imperative of  implementing the programme, which extends beyond service delivery to community empowerment.  The latter is in line with sustainable development goal 11, which emphasises participatory management and inclusive practice. It also resonates with Professor Steven Freidman’s call for a reconfiguration of service delivery approach expressed in this article.

NGOs should strengthen communities’ capacity to closely monitor the implementation of the Upgrading Informal Settlements Programme and demand accountability from municipalities concerning the municipal budgets, including grants. This is critical given the experience communities have had with regard to programme and the poor translation into practice, as demonstrated by the experience of Thembelihle.

Service delivery as a political instrument

As the date of the municipal by-elections in 2018 drew near, Planact witnessed first-hand heightened verbal and written commitments made by politicians and municipalities. Notably, the City of Johannesburg sought the support of Planact to facilitate community involvement. Of the ten settlements that the City of Johannesburg earmarked for upgrading, Thembelihle — an informal settlement comprising about 7 000 households south of Johannesburg — was one of those working closely with Planact on their advocacy strategies in service delivery.

With much hope, the community welcomed the support of Planact in facilitating its inclusion in the upgrading project. Planact began building the capacity of the communities involved in the Upgrading Informal Settlements Programme, and educating them about the programme. The relevant City of Johannesburg officials demonstrated commitment to involving the communities in the planning of the upgrading project. With the facilitative role of Planact, the City conducted further engagements to understand the needs of the communities and advised them to develop a social compact.

However, in the 2019 post-election period, and with a change of municipal administration, the process gradually lost momentum. In dismay, Thembelihle and Planact followed up and found out that the City of Johannesburg official who had spearheaded the process had been transferred to a different department. The efforts to get the City to continue with the upgrading project were not successful. No convincing explanation was provided to Planact and the community regarding the stalling of the project. To date, the upgrading project remains unimplemented and the community is left with questions regarding the funding allocated for the upgrading project.

In November 2020, as local government elections for 2021 loomed, the City of Johannesburg informed the community leadership of Thembelihle informal settlement that the upgrading project would be implemented, although some relocations would be necessary to avoid dolomite sites. Was this a campaign strategy to indicate that the City had not forgotten about the needs of the community? The community leadership is currently advocating that the municipality provide clarity on the status of the upgrading project.

Clearly, as depicted by this case study, development programmes and projects may be used by some politicians and municipalities to serve as political instruments; therefore, the post-election period warrants  community involvement and municipal commitment to the local government mandate.

Based on the use of projects as political instruments and related challenges, Planact proposes a reconfiguration of the traditional spaces of engagement and an improved integration of communities in programme and project planning and monitoring. This suggests it is necessary to build communities’ open spaces for their involvement, which may also serve as an effective implementation-support mechanism.

Intricately linked is the need for councillors to commit to engaging communities, ensuring mutual feedback on issues affecting communities, and promoting transparency in municipalities.

Maximising accountability tools such as social audits to improve municipal accountability enhances communities’ knowledge about government policies and programmes and provides a platform for residents to articulate their needs. The coproduction of knowledge is a critical intervention that enables communities to be active participants in local government and provides a compelling basis for engagement with municipalities.

This article was first published on the Mail and Guardian on 9 December 2021.