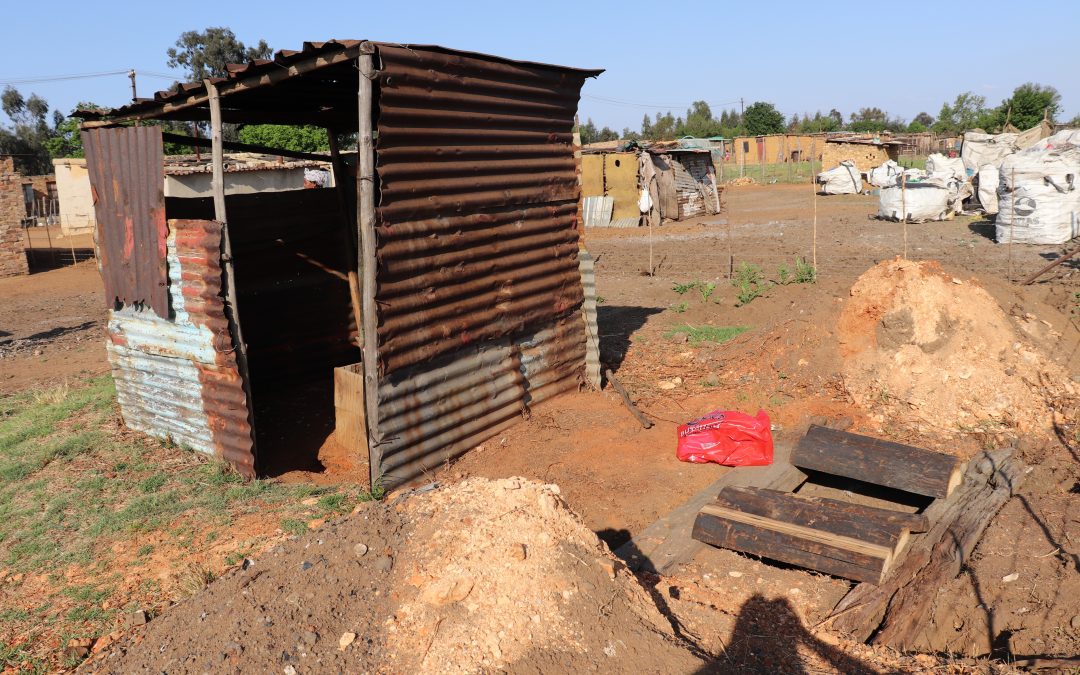 “We thought we had rights, we thought we had dignity, but when they leave open sewerage all over the settlements are we considered  as human beings?” Nobantu Shabangu, Middelburg,

Whilst the lockdown has been partly- lifted, the repercussion of the challenges that women have to contend, will last longer. Thus, we need to reflect on this subject following the municipal ward by-elections held on 11 November 2020. There is no doubt that the by-elections are intricately linked to service delivery given the role of councillors in local government –including representing the interests of residents in their wards. Sadly, the statement quoted above provides a glimpse of the frustrations of women in informal settlements with poor service delivery. Although, a majority of women in South Africa have to contend with several challenges related to their domestic work which include rearing and caring and maintenance, those in informal settlements have a triple burden. Compounding the challenges of these women are service delivery challenges such as poor water supply and sanitation services further brought to the spotlight by the Covid-19 pandemic.

For approximately six months, Planact, a non-governmental organisation advocating accountability, inclusivity, and transparency in local government has been conducting surveys in selected informal settlements of Gauteng and Mpumalanga provinces to understand women’s experiences and challenges during the lockdown period. The qualitative data collected from more than one hundred participants to date, reveals the critical challenges faced by women living in these informal settlements. These challenges are primarily linked to their reproductive and productive roles and further exposed during the lockdown period.

A majority of the women who shared their stories with Planact through the survey instrument and videos emphasized the hardships they had to endure during the lockdown period. These women emphasized that the poor basic services in their communities, not only affect them but also the children, people with disabilities, and those neglected whom they often take care of.

The poor sanitation facilities, lack of facilities for the disabled and children; poor maintenance, and unhygienic conditions of the sanitation facilities worsen the burden of the women living in informal settlements. For instance, they are the ones who often provide support to their disabled children or relatives, whilst male members of households rarely assume this role.

Despite the efforts to sanitize these facilities, the women lamented that quite often a high number of households share one toilet, which is a violation of the ratio 1:5 (households) is prescribed by the national norms and standards for sanitation. The sanitation facilities get filled quickly and are poorly maintained, thus, pose an increased risk of infections to the women. Consequently, many women are stressed not only due to economic challenges but the dire poor sanitation facilities which they bear with because of a lack of options. Hence, one of the women lamented:

“It is like we don’t exist to our elected officials!

We give them a title and they leave us where they found us” Beatrice Ditshego, Ekuthuleni.

This situation negates the democratic values enshrined in the South African constitution and other progressive policies. Research generally demonstrates that they are poorly translated into practice, and this has implications for service delivery.

The implications of other temporary measures provided in informal settlements such as water tankers used as a medium to supply water have also had unintended effects on women.

“Having water taps far away becomes a problem when you need water in the house late at night or during an emergency” Khanyi Gumbi, Volsloorus.

Whilst this is a necessary measure to respond to the health emergency, we must not forget the burden of the women in informal settlements.

Women and girls in many contexts often have to queue to get water for household use, exposing them to increased risk of contracting COVID-19. There is a scramble for the water as sometimes the water tankers do not come regularly adhere to definite time frames. Consequently, residents often have to ensure that they fill a number of their containers as soon as possible. The issue of social distancing becomes secondary under these conditions.

The lockdown also had a differential impact on women, who would often be expected to take on additional caregiving responsibilities; all leaving them physically and emotionally drained. Recent research has highlighted the impact of the pandemic on mental health and the extent some groups are affected much more than others. This statement implicates the likelihood of the poor basic services in informal settlements worsening the challenges of women in this respect.

The Auditor-General- Kimi Makwetu report (the local government audit outcomes 2018-2019) implicates the available resources that could have been invested in service delivery, but were either wasted or unspent. The best way for the South African government to improve the significance of the municipal by-elections to women is to re-engineer its interventions, provide dignity to informal settlements through the provision of decent services which will benefit the ‘’ pillar of society’ currently languishing in poor conditions.