None of the metros’ 2021/22 budgets set aside funds specifically for the maintenance of informal settlement infrastructure. The result is that heavily used taps and toilets are not fixed when they break.

Metro budgets also show no growth in allocations for the ad hoc provision of taps and toilets. Large, multi-year informal settlement upgrading projects are important providers of taps and toilets over the medium term. But these projects do not respond to the short-term need for services. This is why metro traffic lights don’t turn green. When metro water and sanitation departments run out of money for maintenance and for new taps and toilets, green traffic lights turn red. And the large upgrading projects implemented by metro human settlements departments are slow to deliver.

Asivikelane 16 reports many examples of the delivery of new taps and toilets, repairs to these services, improved toilet cleaning and better waste collection in several communities. But overall the situation remains dire as not a single municipality scored a green light in Asivikelane 16. 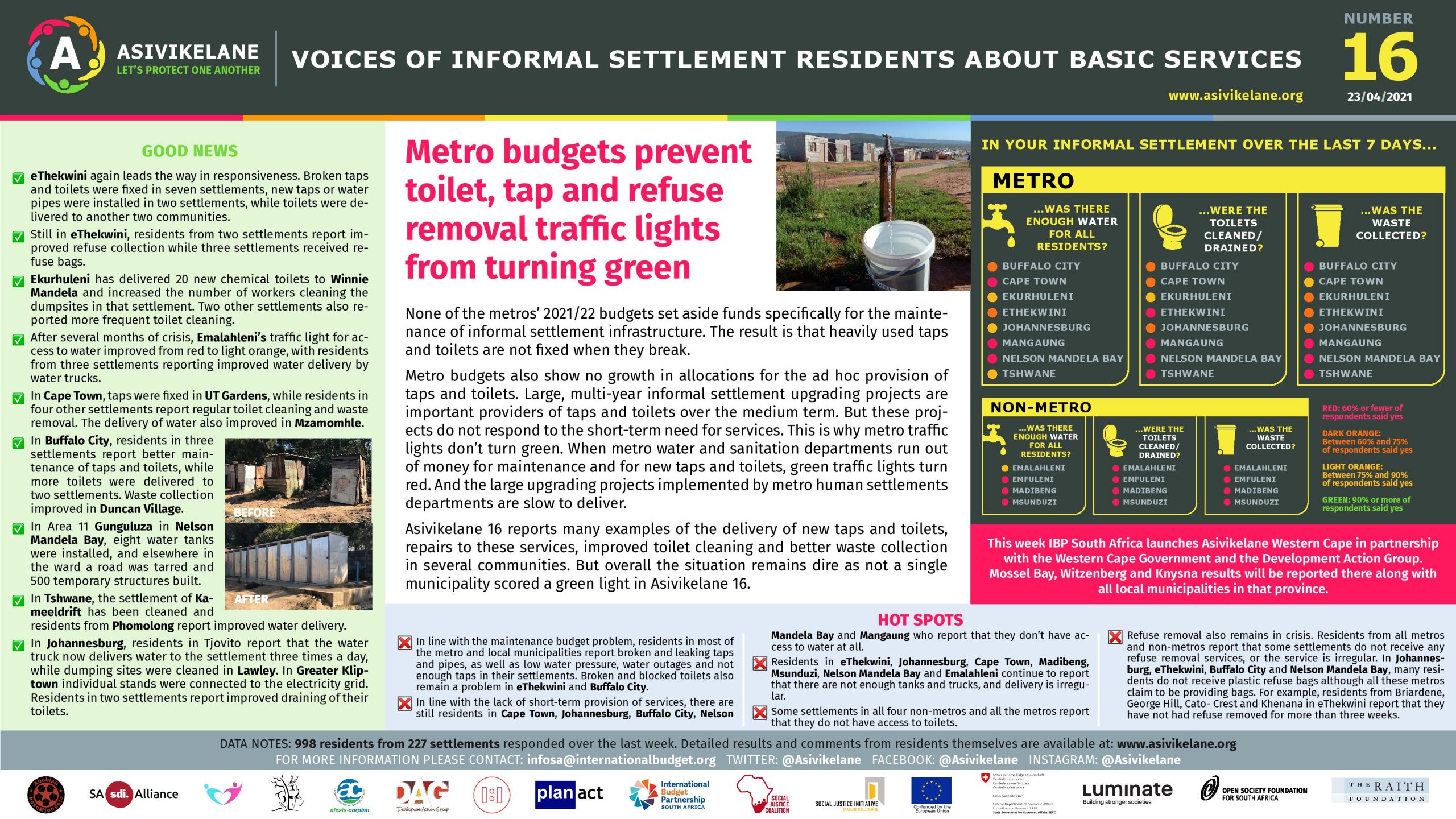 Asivikelane #20 shows that women access to basic services in informal settlements is closely tied to safety. In metropolitan municipalities, 74% of...

END_OF_DOCUMENT_TOKEN_TO_BE_REPLACED

The Robert Sobukwe informal settlement did not have adequate water services even during the peak of the COVID-19 pandemic. On 13 May 2021 1to1...

END_OF_DOCUMENT_TOKEN_TO_BE_REPLACED

How government can show that it cares

Having restored peace and calm after last week’s events, government must work to restore the peoples’ trust in the following ways:  Provide...